One hundred high school students to be selected for exclusive, once-in-a-lifetime program taking place in March 2018

(Black PR Wire) LAKE BUENA VISTA, Fla. – June 30, 2017 – High school students nationwide can now apply at DisneyDreamersAcademy.com to be among 100 selected to participate in the 2018 Disney Dreamers Academy with Steve Harvey and ESSENCE, the innovative, outside-the-classroom, mentoring program that takes place in March at Walt Disney World Resort in Florida.

For over a decade, Disney Dreamers Academy has helped to inspire young minds from across the country by fueling their dreams and showing them a world of possibilities as they prepare for the future. Each year, students participate in hands-on, immersive career workshops, ranging from animation to zoology. Each participant learns important skills, such as communication techniques, leadership qualities and networking strategies, and are inspired by celebrity speakers and special guests who share their stories and provide insight on how to achieve success and DREAM BIG.

“After 10 years and over 1,000 Disney Dreamer alumni, we’re excited to begin the next decade of Disney Dreamers Academy,” said Tracey D. Powell, Walt Disney World vice president of commercial management resorts and Disney Dreamers Academy executive champion. “We are excited about the many success stories, as this program continues to cultivate and inspire the minds of young high school students from across the nation to follow their dreams and accomplish their goals. By applying for Disney Dreamers Academy, future leaders of this country are taking a step toward an experience that can change their lives.”

Program applicants must answer essay questions about their personal journeys and dreams for the future. Students are selected based on a combination of attributes, including strong character, positive attitude and determination to achieve their dreams. Selected applicants, along with a parent or guardian, will receive an all-expense-paid trip to Walt Disney World Resort.

Applications are open to U.S. high school students, ages 13 to 19, through Oct. 31, 2017. A distinguished panel of leaders will evaluate the applications, and selected participants will be announced in early 2018.

Walt Disney World Resort is a contiguous 40-square-mile, world-class entertainment and recreation center located at Lake Buena Vista, Fla., 20 miles southwest of Orlando. The Walt Disney Co. has a rich legacy of creativity and exceptional storytelling that brings families together in unique and memorable ways. Creative excellence is coupled with a strong commitment to community service and diversity. The Walt Disney Co. is dedicated to making a positive impact in communities around the world, with a primary focus on brightening the lives of children.

Steve Harvey began doing stand-up comedy in the mid-1980s, which eventually led to a long stint as host of “It’s Showtime at the Apollo.” His success as a stand-up comedian led to multiple TV sitcoms, including “Me and The Boys”, “The Steve Harvey Show” and “Steve Harvey’s Big Time Challenge. His first book, “Act Like A Lady, Think Like A Man,” quickly became a bestseller in 2009. Harvey has appeared on “The Oprah Show,” “Nightline,” “Good Morning America” and “The Ellen DeGeneres Show.” Currently, Harvey hosts the nationally syndicated “Steve Harvey Morning Show,” which airs in over 60 markets and has over 7 million listeners. He is host of “Steve Harvey,” a nationally syndicated daytime talk show.

ESSENCE Communications Inc. (ECI) is the #1 media company dedicated to African-American women, with a multi-platform presence in publishing, live events and online. The company’s flagship publication, ESSENCE magazine, is the preeminent lifestyle magazine for African-American women; generating brand extensions such as the ESSENCE Festival, ESSENCE Black Women in Hollywood and Black Women in Music, Window on Our Women and Smart Beauty consumer insights series, ESSENCE.com, and ventures in digital media (mobile, television and VOD). For 45 years, ESSENCE, which has a brand reach of 14.1 million, has been the leading source of cutting-edge information and specific solutions relating to every area of African-American women’s lives. Additional information about ECI and ESSENCE is available at www.essence.com. 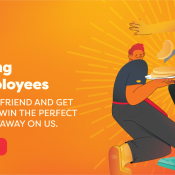 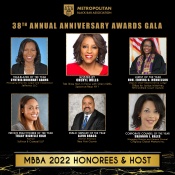 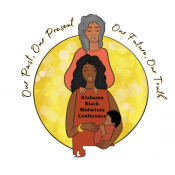 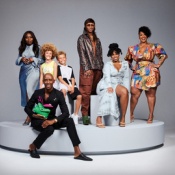