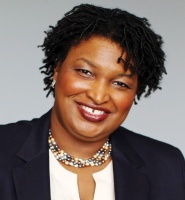 Stacey Abrams is a Politician, Author, Lawyer, Activist and so much more. Most noted for her political career, Abrams served as minority leader from 2011 to 2017. In 2018, Abrams was the nominee for the Democratic Party gubernatorial election, breaking the barrier to becoming the first black woman as a major party gubernatorial nominee. Stacey Abrams was involved in her community from a young age. Born of United Methodist ministers; she learned early on that “service is a way of life.” Her parent’s devotion to serving others was inspiration in fueling her career as a civil servant. Abrams has found more ways than the political sphere to help her community. She is also co – founder of a financial services firm devoted to helping small business grow called NOW Account. Despite losing the 2018 gubernatorial election to Brian Kemp, Stacey Abrams continued to serve her community. She was able to identify that voter suppression was rampant in her state and decided to take action. In 2018, Abrams founded the Fair Fight Action – an organization created to address voter suppression. This initiative in tandem with other organizations that she headed, helped to register nearly 800,000 new voters in the state of Georgia before the 2020 presidential elections. This feat credits Stacey Abrams with turning the state of Georgia “blue.” A state that has not voted Democrat for presidential election in nearly 30 years. Stacey Abrams proved vital to the election of Joe Biden for the 2020 presidential race. Her initiative of combating voter suppression has inspired activists and political leaders nationwide into encouraging and registering their communities as well.